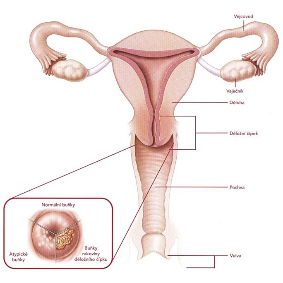 Before this approval, there were no molecularly targeted therapeutics approved for treating HER2-negative breast cancer with an inherited BRCA1/2 mutation. For those patients whose disease was also hormone receptor–positive, endocrine therapy was an option. However, chemotherapy was the only treatment option for those whose disease lacked the hormone receptor and was said to be triple-negative.

About 5 to 10 percent of all breast cancers diagnosed in the United States are attributable to an inherited BRCA1/2 mutation, according to the National Cancer Institute. These mutations also account for about 15 percent of ovarian cancer cases.

A key function of the BRCA1 and BRCA2 proteins is to repair damaged DNA through a process called homologous recombination. Cancer-associated BRCA1/2 mutations cause cells to be deficient in this process, leading to the accumulation of genetic mutations and, sometimes, cancer.

As discussed in a previous post on this blog, researchers have discovered that cells with a cancer-associated BRCA1/2 mutation often rely on a second pathway, called the base excision repair pathway, to repair DNA. They have also found that blocking the function of proteins called poly ADP-ribose polymerase (PARP) proteins, which are involved in the base excision repair pathway, can cause cells with cancer-associated BRCA1/2 mutations to die.